Its aim is to represent the common interests of the European exhibition industry towards the European Union Institutions and other relevant stakeholders in Brussels. It promotes the impact of the sector, monitors EU issues and advocates the sector’s common interests in order to maintain a favourable operating environment within the EU and globally.

The EU and geographical Europe represent the largest region in the exhibition world.

The European Exhibition Industry Alliance is based in Brussels and run by the Secretary General Barbara Weizsäcker.

The European Major Exhibition Centres Association EMECA unites 23 leading exhibition venues in Europe, many of which are also exhibition and event organisers. It was formed in 1992, the starting year of the European Union Internal Market. The date marks the beginning of an unprecedented path of growth, enhancement and success for the exhibition industry in Europe. Many exhibition venues renovated and expanded or fully renewed their premises as the trade fairs and business events increased in quantity and quality and in particular became more and more international.

Today, Europe hosts the large majority of the leading international shows for each sector and represents nearly half of the global market share. EMECA Members are convinced of the active role they play in bringing together the international trading community. The EMECA exhibition centres strive to provide exhibitors and visitors with an excellent infrastructure and first-class information networks. In Europe they play an active part in the development of local trade. Regular socio-economic impact studies prove the huge effects of exhibition activity on the community and the larger region and the number of jobs generated directly and indirectly.

In 2019, the EMECA venues hosted and organised almost 2,000 exhibitions a year with roughly 400,000 exhibitors and 38,5 million visitors on a gross rented display area of 38 million square meters.

Outside Europe, many EMECA Members help European companies to benefit from market globalisation and adopt appropriate initiatives, such as setting up new trade fairs, supporting technology transfer to emerging markets and introducing European exhibitors to tradeshows all over the world. Meanwhile, EMECA Members have become renowned exhibition organisers in key growth regions outside of Europe.

UFI, the Global Association of the Exhibition Industry is the global trade association of tradeshow organisers and exhibition centre operators, as well as national and international exhibition associations, and selected partners of the exhibition industry. It represents around 50,000 exhibition industry employees globally, and also works closely with its 62 national and regional associations members. 772 member organisations in 84 countries and regions around the world are presently signed up as members. 903 UFI approved (International) events bear the UFI approved label, a quality guarantee for visitors and exhibitors alike. UFI members continue to provide the international business community with a unique marketing media aimed at developing outstanding face-to-face business opportunities.

As a privileged forum for dialogue, UFI's main goal is to represent, promote and support the business interests of its members and the exhibition industry worldwide. UFI plays the role of an efficient networking platform where professionals of the exhibition industry can exchange ideas and experiences. UFI promotes trade fairs and exhibitions globally as a unique marketing and communications tool. UFI provides UFI members with valuable studies and research regarding all aspects of the exhibition industry.  UFI offers educational training opportunities and a variety of professional seminars; and UFI deals with issues of common interest for its members within the frame work of regular meetings of its regional chapters and working group. 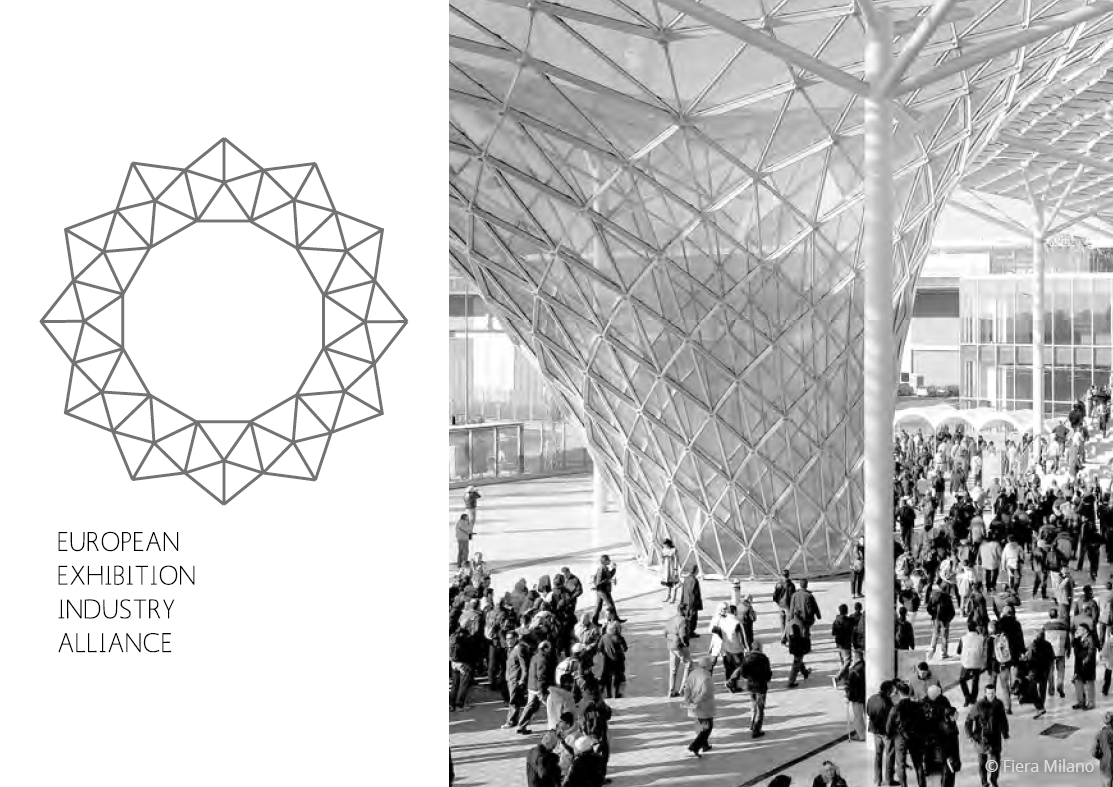 The European Exhibition Industry Alliance offers a concise briefing about the exhibition industry in Europe and states its priorities and needs as to the operating and economic environment in Europe and worldwide.

The European exhibition industry enhances innovation, competitiveness and growth in Europe by offering business opportunities in the EU and globally. It argues for targeted support to European SMEs and for better operating and trade conditions at home and abroad. It also offers data illustrating the exhibition industry’s contribution to a sustainable world and to regional development by generating social and economic benefits.